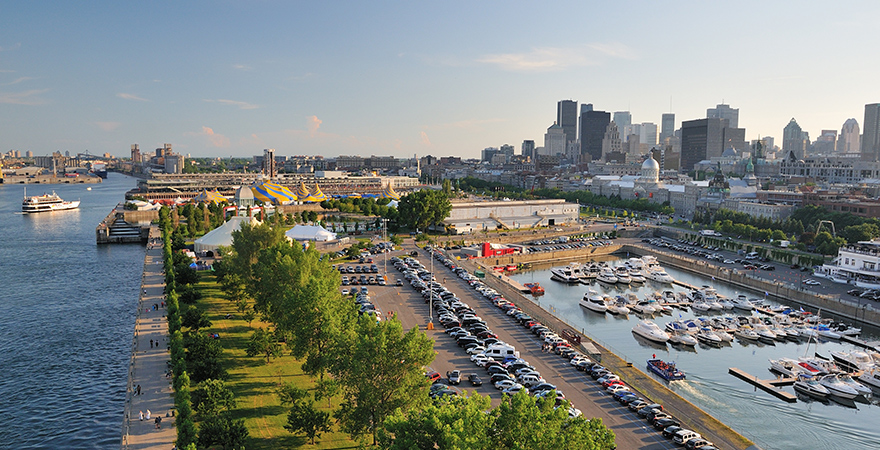 The November launch of Montréal’s new container terminal in the Viau sector will enhance the Port of Montréal’s infrastructure, and make the global movement of goods more fluid, create direct and indirect jobs in transportation systems across the country.

The construction of the new terminal is part of a broader port capacity optimization project covering three essential areas: the terminal’s container-handling capacity, marine access and road access. The Port of Montréal must be active on all three fronts to establish the right balance between facilitating traffic and ensuring that activities continue to run smoothly.

The Government of Canada is contributing a third of the eligible funding for all three project components to a maximum of $43,666,667 under the National Infrastructure Component of the New Building Canada Fund. Of this amount, up to $27.2 million is available to fund the new container terminal. The remainder of the funding will be attributed to the project’s other two components.

CFR Rinkens provides global door-to-door shipping solutions for any cargo. While known primarily for our expertise in classic car & new vehicle transportation, we also have vast experience in handling commercial freight, household goods, and complex project, oversize and break-bulk cargo. With offices and agents around the Unites States, Europe & Asia-Pacific, we're ready for any of your logistics needs.

Shipping cars to Europe? This is how you save money!

Are you planning to ship one or several cars to Europe? Import duties in Germany…

Your Exclusive Insight into CFR’s Most Shipped Cars!

If you follow us on our social media platforms, you see us feature a variety…

Our shed plan library represents our commitment to providing shed plans that are well designed and as a result help you to have a good shed building experience. We are the top shed plan site on the internet and we provide an easy way to buy shed plans to get your shed building project off the ground. Dormer Storage Shed PlansBuilding a dormer on your backyard shed is the perfect way to add more light inside and create a truly stunning shed on the outside. Traditionally the dormer roof was invented to add space to an existing attic space for a sleeping or storage area. In our shed plans the dormer roof adds additional storage space and light. Find DIY projects, free woodworking plans, and home improvement tips. Build your next project with our easy to follow plans, Chicken Coop Plans